Are you old enough to remember when people were paid with either paper checks or cash? How things have changed. Between direct deposit and a couple of other options, the vast majority of America’s workers never see a cash or check payment.

A BenefitMall post discussing the many ways companies can pay their employees mentions something known as the ‘payroll card’. If you are not familiar with this card, think of it as a cross between a prepaid debit card and direct deposit. It gives employees the best of both.

Payroll cards are issued to employees by the HR department or payroll provider. The cards are pieces of plastic that represent financial accounts established in the name of each employee. On payday, funds are deposited into those accounts and accessed with the cards. The card itself works a lot like a branded debit card. It can be used to make purchases or access cash via an ATM.

How much do you know about payroll cards? Consider the following three items from a 2018 Center for Financial Services Innovation (CFSI) report:

1. Users Are a Diverse Group

One of the many criticisms of payroll cards is that they are somehow discriminatory against minorities. That is all well and good, but the criticism is not valid. A payroll card is not issued with any respect of persons. All cards issued to employees work in the same way regardless of employee ethnicity, sex, etc.

Statistically speaking, 46% of all payroll card users are non-Hispanic whites. Another 26% are Hispanic, while 18% are black. As you can see, users are a rather ethnically diverse group. Minority groups are not using the cards disproportionately compared to their non-minority counterparts.

2. The Upper Middle Class Use Them

Another criticism of the payroll card is that it is targeted to low-income earners who, for whatever reason, are unbanked. This criticism is also untrue. The numbers do not lie.

The reality is that there are plenty of people who earn a good living and still choose to remain unbanked. Annual salary really is irrelevant to this point. Furthermore, the data shows that plenty of traditionally banked employees still use the cards to make budgeting easier.

The one payroll card criticism that does hold water is that of employees losing out on some pay by being forced to use payroll cards that charge user fees. For example, you might have one particular card that assesses a 0.5% fee on all retail transactions. Such fees are obviously not good for employees.

Fortunately, a number of states have already implemented rules to prevent this sort of thing from happening. The rules state that employees must receive the full value of their pay regardless of the method chosen to pay them. A payroll card without free access to funds would be counterproductive to such laws.

Nonetheless, some card issuers do institute transaction and withdrawal fees. Even when that is not the case, employers might still pay fees and charges in order to offer the service. Those fees and charges vary across companies and states.

Payroll cards represent an entirely new way to get paid. They are catching on among companies of all sizes. Their employees are warming up to the idea as well. So, is a payroll card in your future?

Previous PostPaper cups are a boon to market your business or shops in the society Next PostWhat are the circumstances of drug addict teens? 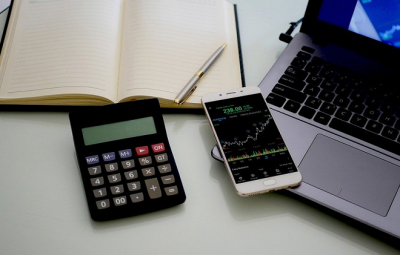 How to choose the right currency pairs to trade

Choosing the right forex instruments to trade is not the easiest thing to do, especially in 2021, when FX markets remain active and most...